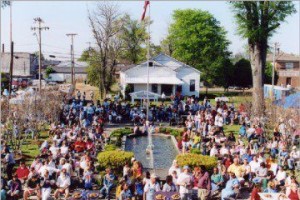 About 3,000 people attended the first festival in 1976, and it has grown to more than 10,000 attending each year. The festival now encompasses the whole downtown area, including four streets for over 150 arts and crafts vendors, and live entertainment which features blues, country, gospel and more.